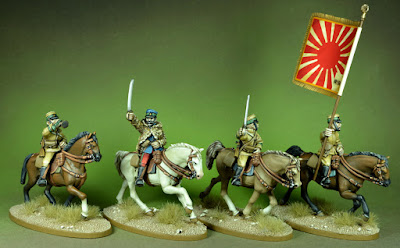 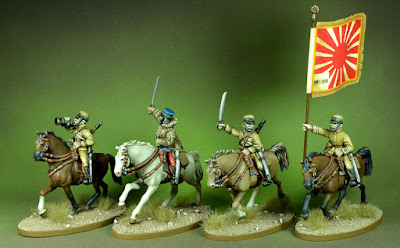 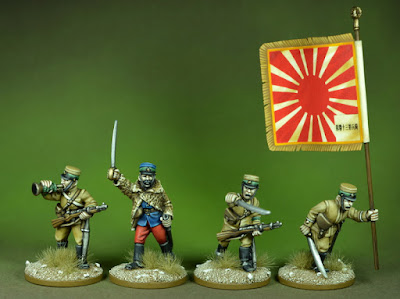 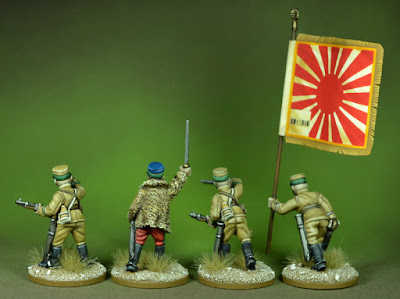 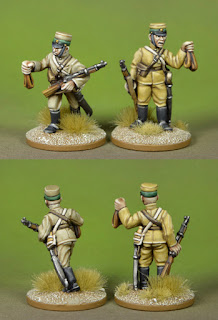 All the Japanese cavalry miniatures are available. Please note, that the horses are sold SEPARATELY from the mounted miniatures, i.e. the sets of mounted miniatures (command as as well as troopers and wounded) do NOT INCLUDE the horses.
Eingestellt von Markus @ Tsuba Miniatures um 02:00 5 Kommentare: 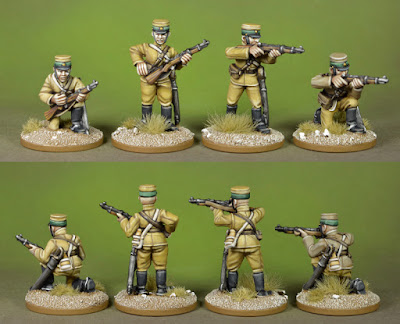 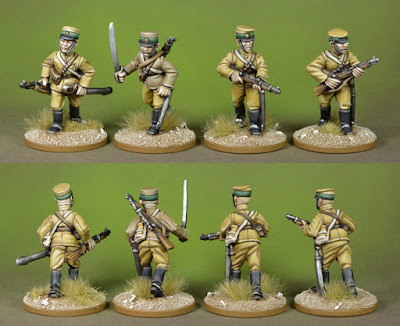 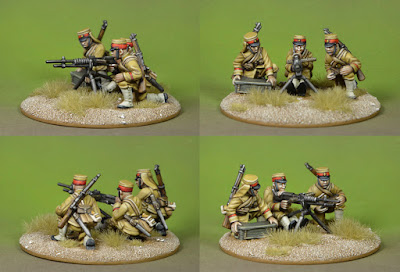 Togehter with the greens of the various Japanese cavalry set, Paul Hicks sculpted this fabulous HMG team for the Japanese infantry. (If you pardon the shameless plug.) Not shown on the photos but, of course, part of the set are the two front legs of the HMG mount.

The master of the HMG has been sculpted by Ian 'Crouchie' Crouch and the ammo crate by eBob (the same as the one used on the ammo bearer's mule). 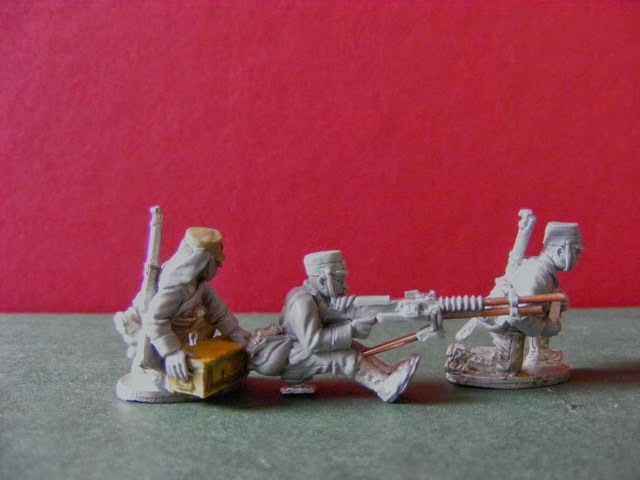 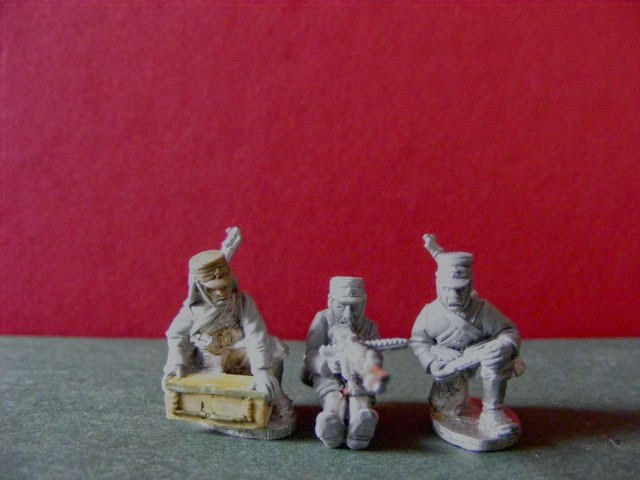 The production moulds for this set and the cavalry sets  shown earlier have been finished last week and first production will be cast soon. Empress Miniatures should receive a delivery of castings in time for Salute. *fingers crossed*

Here are also some contemporary photos of the real thing: 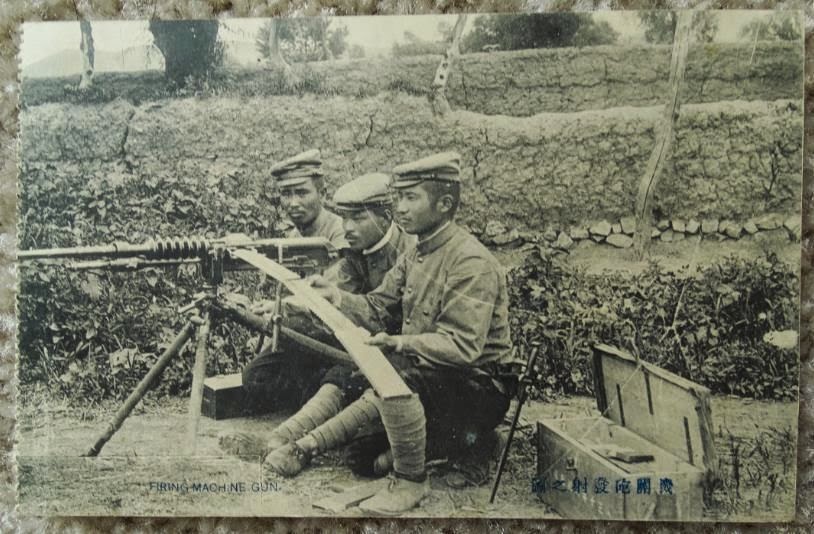 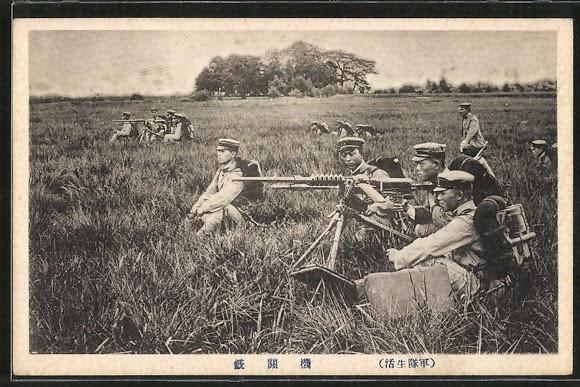 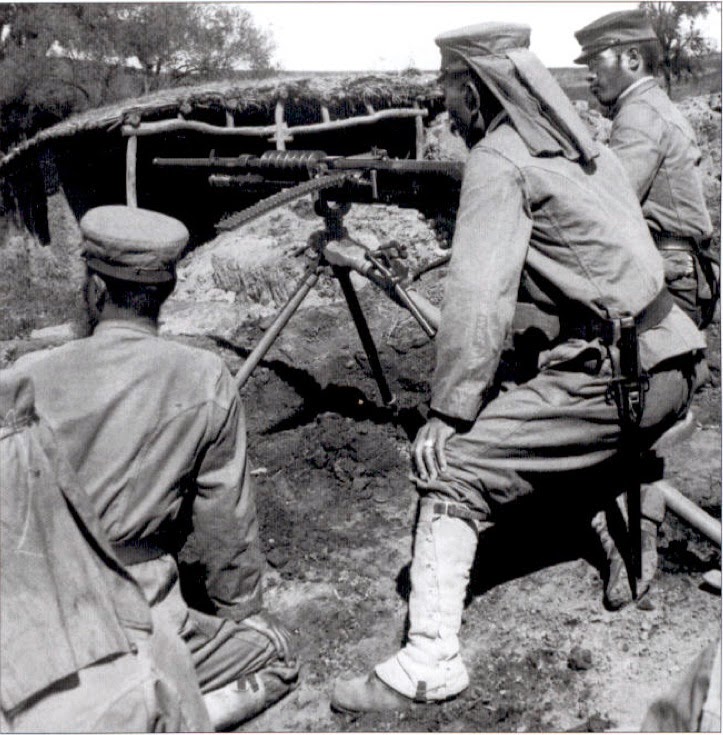 Happy Easter to everyone!

As it seems fitting... here's a the first green of an upcoming set of Russian soldiers requisitioning supplies (Paul Hicks was to kind to sculpt this one in advance, at the same time as the Japanese cavalry as there was some space left in the master mould). This guy is helping himself to a chicken (sculpted by eBob) and some Easter eggs: 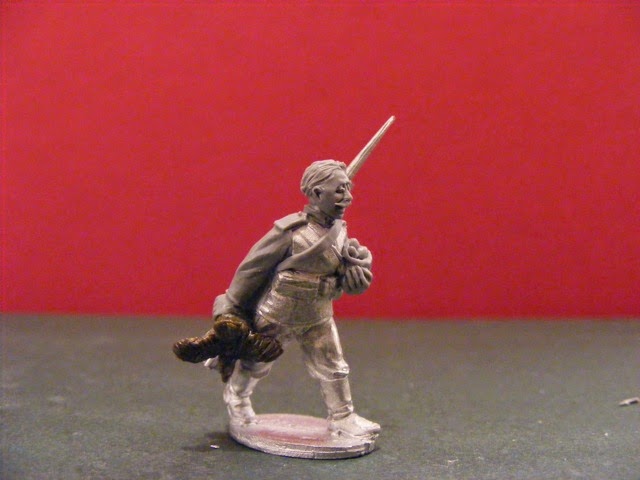 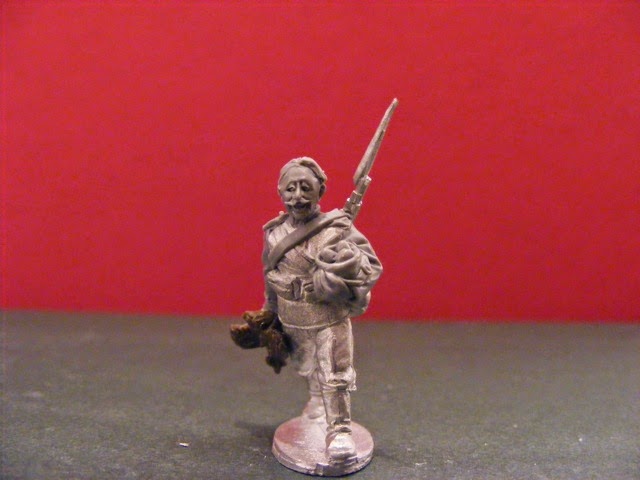 A small update on the Japanese cavalry: The master moulds and castings are done and the production moulds are scheduled for next week. I hope to receive the castings soon after.
Eingestellt von Markus @ Tsuba Miniatures um 09:17 4 Kommentare:

Here are the greens for the seventh and final set of Japanese cavalry. 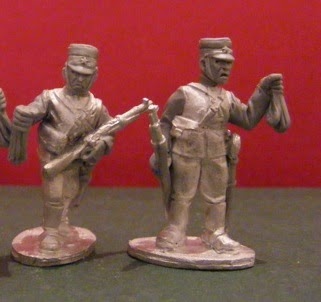 And two wounded cavalry soldiers to form another small vignette. One still in the saddle, while his comrade is leading his horse to safety. 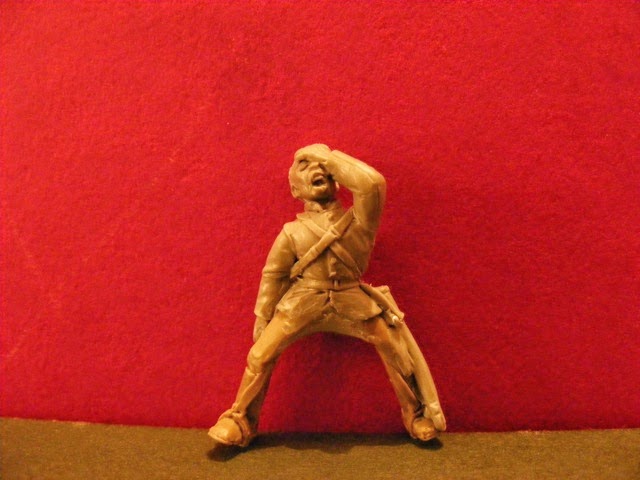 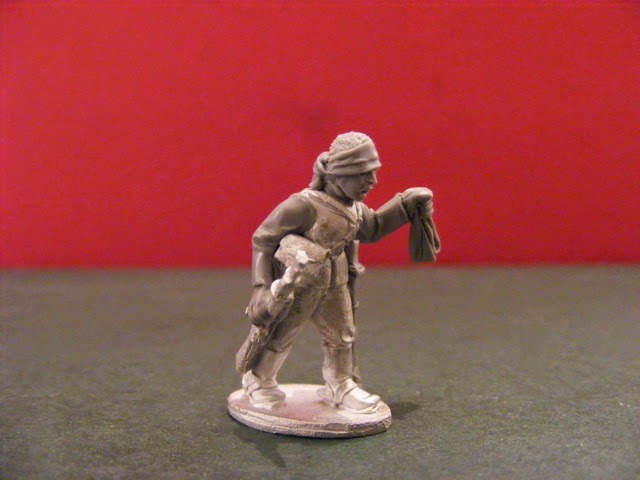 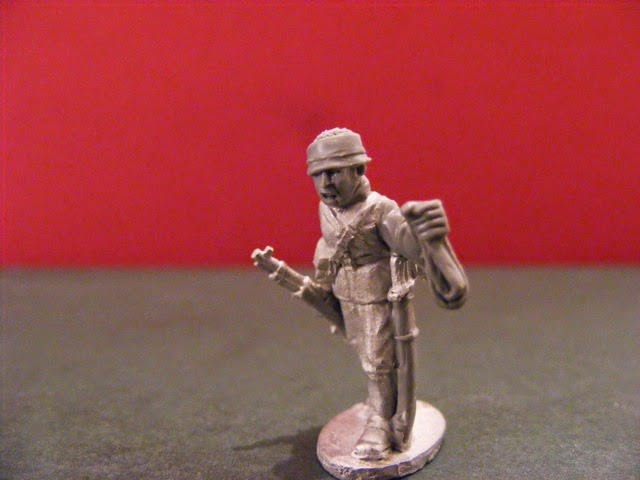