Simon has worked his magic again. ;-) Here are the painted versions of latest three Russian sets: 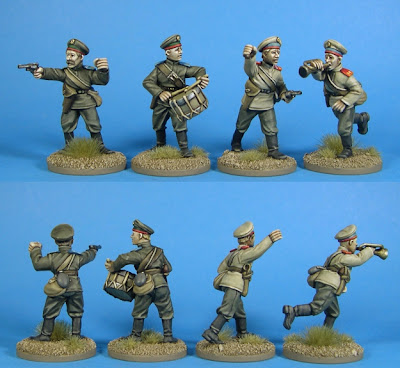 
Painted as members of the 34th Infantry Regiment "Sevskiy" (the advancing miniatures) and and the  36th Infantery Regiment "Orlovskiy" (the standing ones), to fit in with the officers and NCOs and the respective troopers. (The ensigns are obviously missing their standards, these will be added later.) 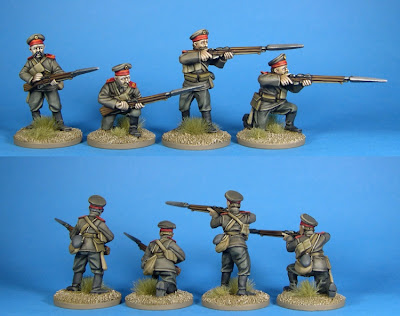 Painted as members of the 33rd Regiment "Eletskiy", which means that now every regiment of the 9th infantry division is depicted in form of one of the painted trooper sets. 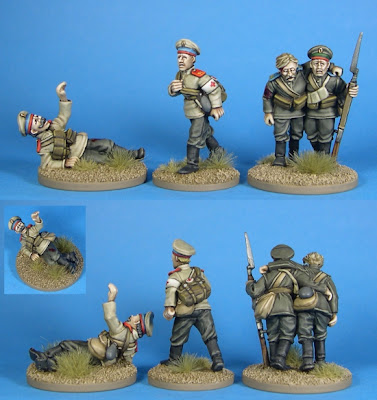 Painted in the vary same way as the ensigns and musicians.

Back from the holidays and the first (small) sign of the Japanese cavalry to show. The first horse (incl. saddle, harness, etc.) sculpted by eBob based on one of his medium horses.

There will be a total of eight different horses: four in walking and four in standing poses. Once they are all finished, they will be send to Paul Hicks so he can sculpt the dollies for the cavalry miniatures (mounted and dismounted) in the next free spot in his (very) busy schedule. These dollies will then be cast up by Griffin Moulds and returned to Paul to wait for their turn to to be made into complete miniatures.
So, still some way to go... ;-) 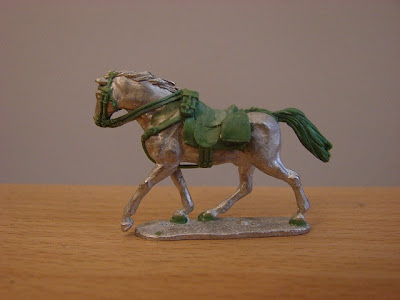