I'm sorry, that it took so long until these are finally available! The moulding and casting has already been finished some weeks ago but I had my final exam at university last week and wanted to have that out of the way before committing to Tsuba Miniatures once again.

The good thing about the delayed release is that Andrew Taylor had the time to paint the miniatures in the meantime. Iain of Flags of War, once again, contributed to the little project with two all new sheets of flags for the Sailors or any other force fighting for the Räterepublik and against the Freikorps.

Just a word on the national cockade (the little round patch on the hats/caps): While a lot of sources claim, that they were nearly always removed, quite some contemporary photos show the Sailors (and other men fighting for the Räterepublik) still wearing them. Often there are men with and without the cockade shown in the same photography. Most of the miniatures come with the cockade sculpted on as it is easier to file/scrape them off rather than paint them on freehand.

The make-up of the sets is pretty similar to those of the Freikorps Werdenfels but the command and assault sets are slightly different: 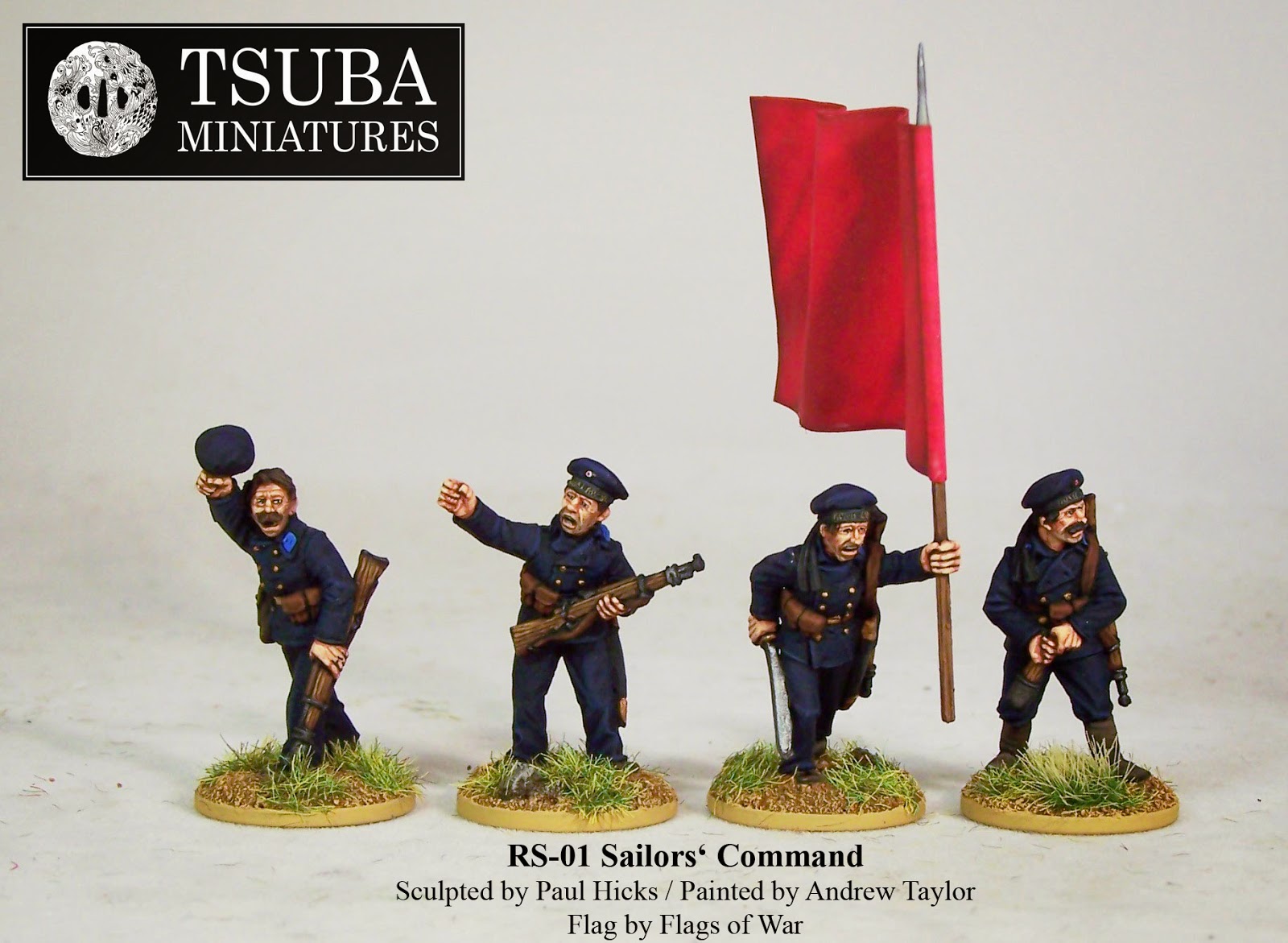 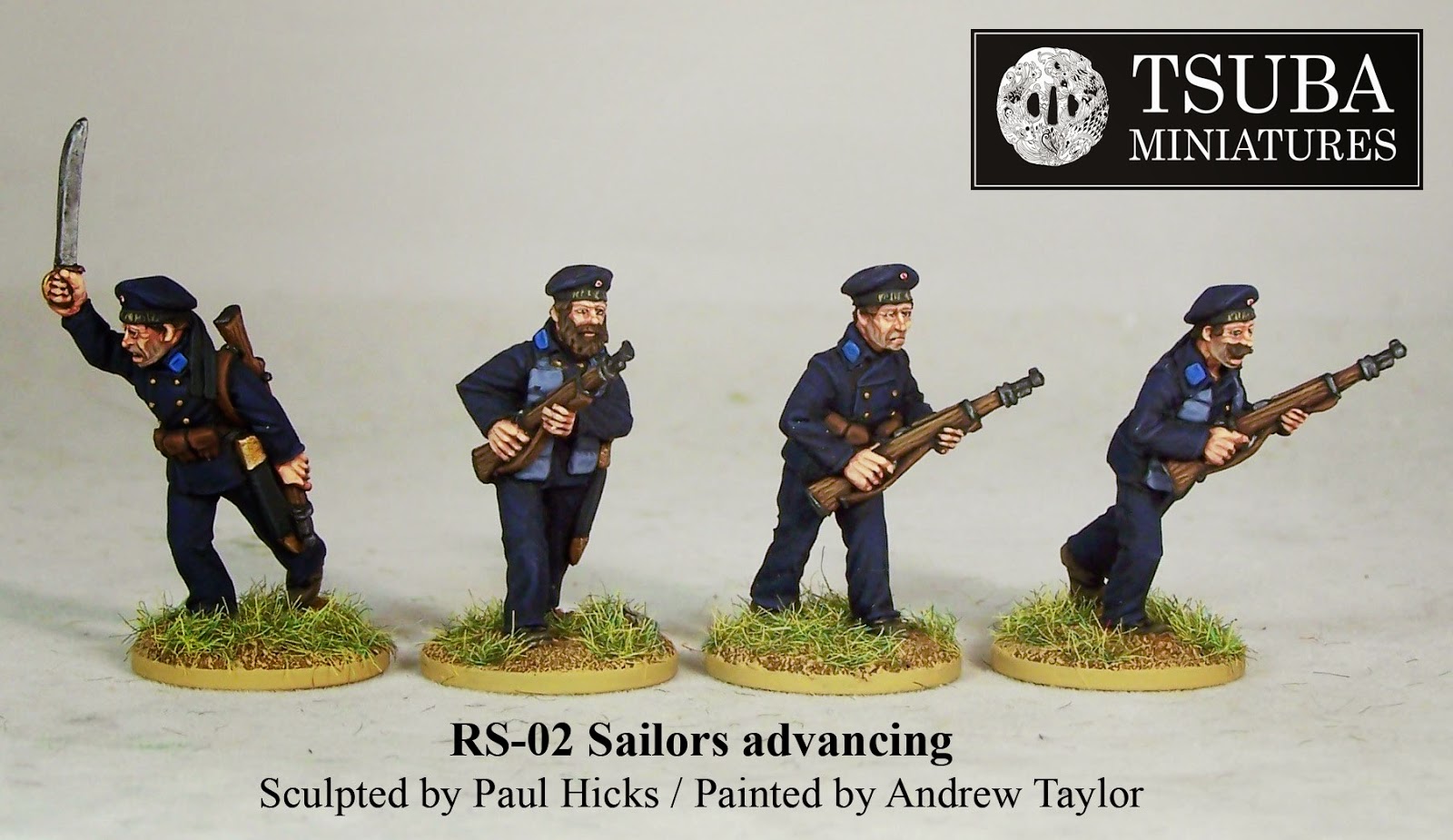 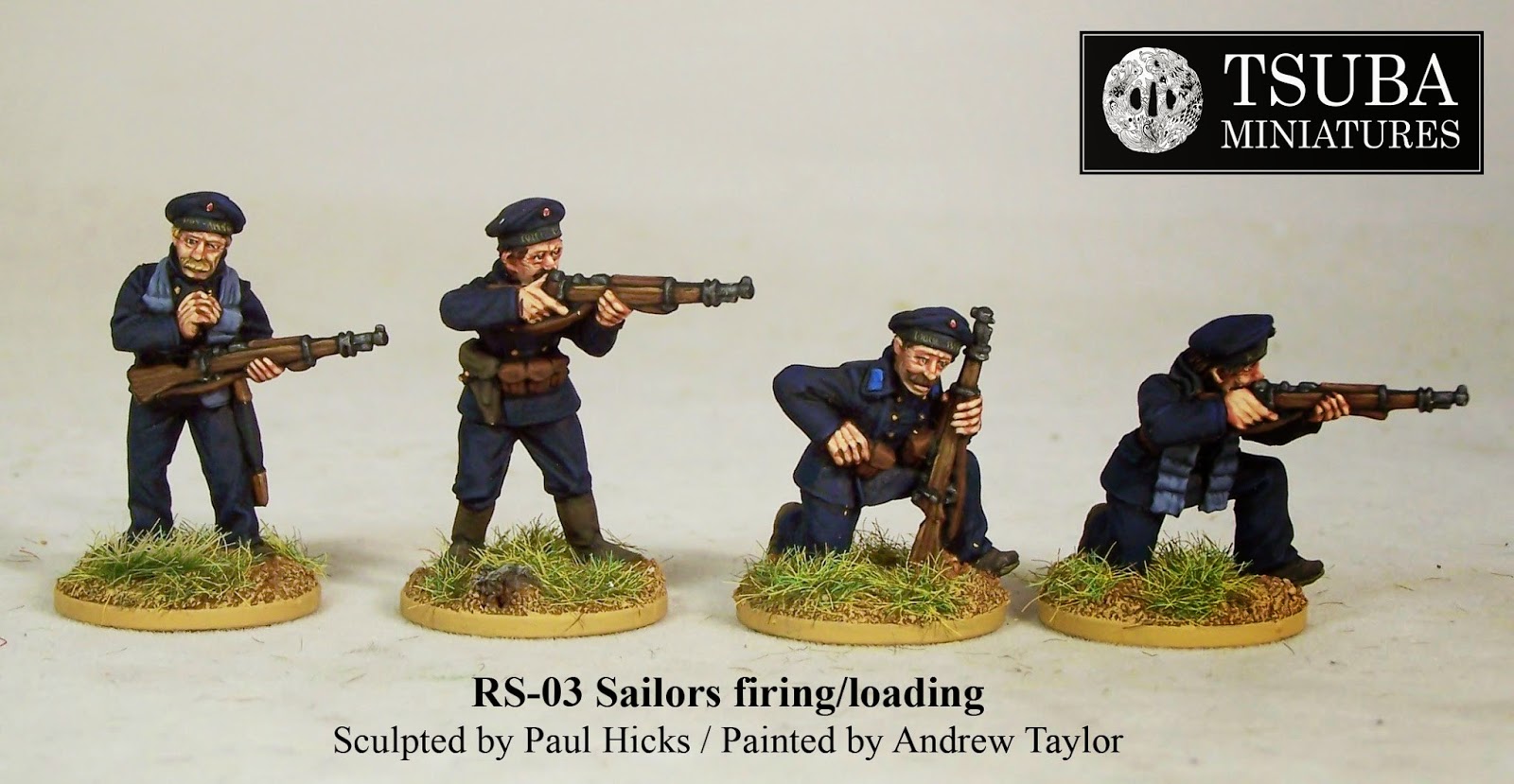 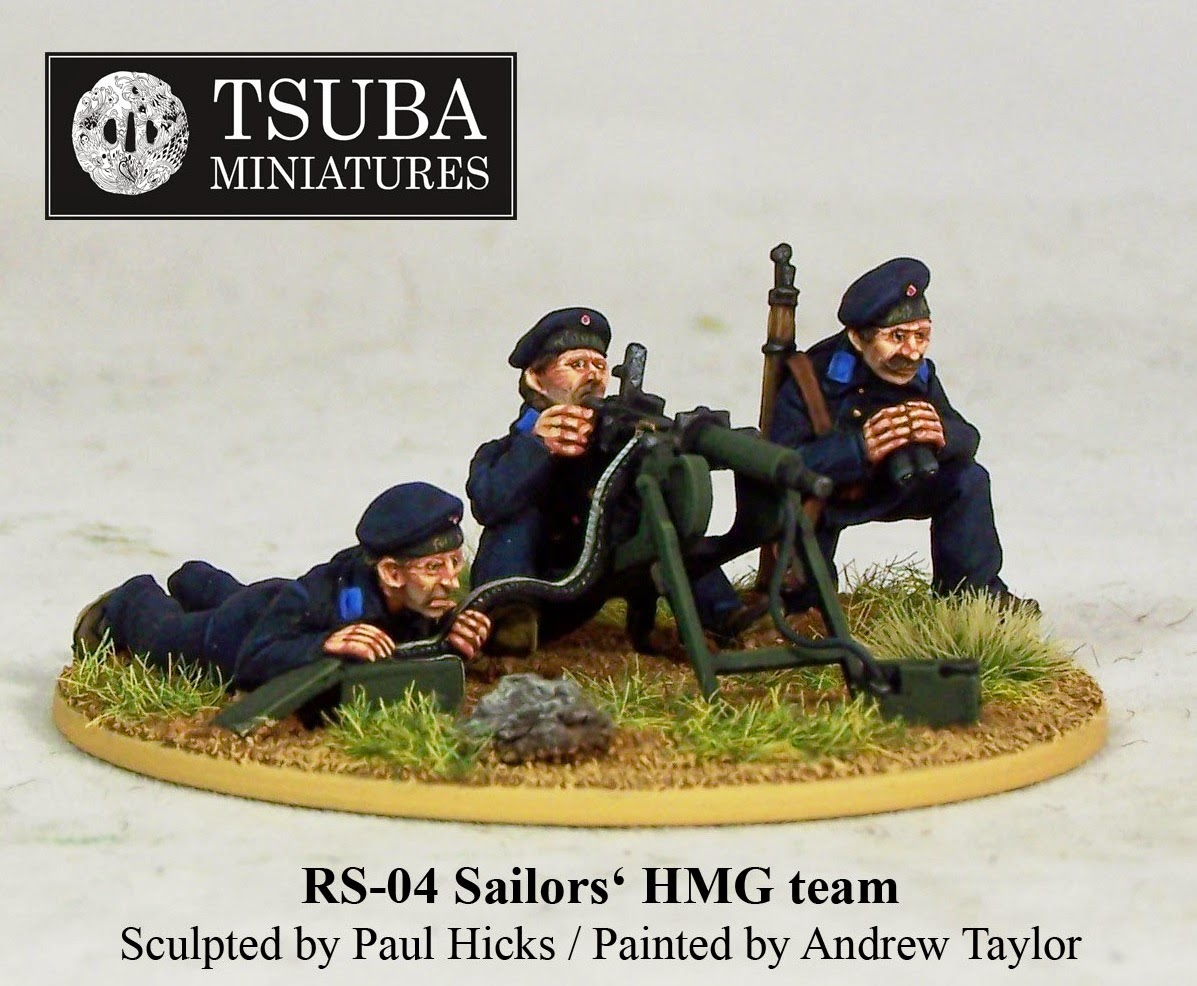 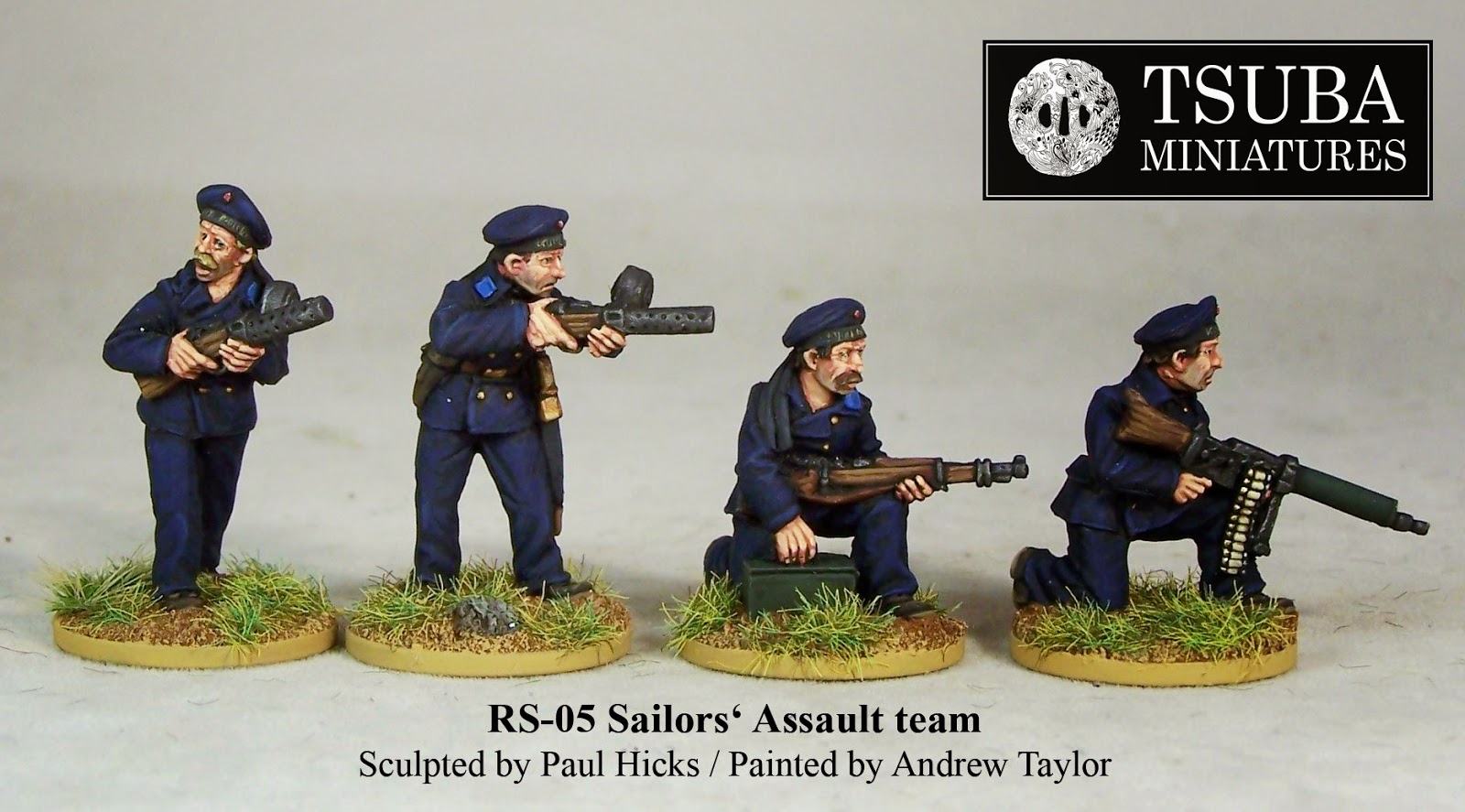 The pricing is also similar to the Freikorps Werdenfels:
€ 7.50 per single set of miniatures and € 2.50 per flag sheet.
Again, a deal containing all five sets + one sheet of flags of your choice is available for € 36.- (instead of € 40.-, thus granting 10% discount).

Here are the two sheets of flags (to simplify things, I've changed over to using the codes of Flags of War for the flag sheets): 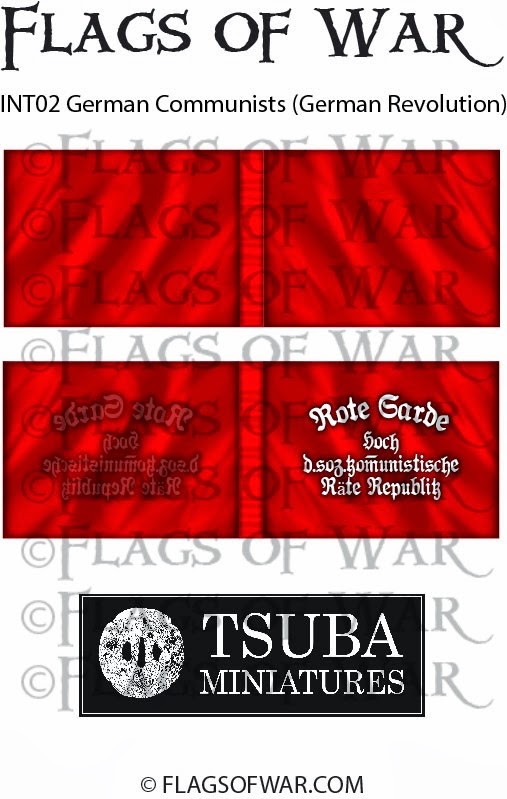 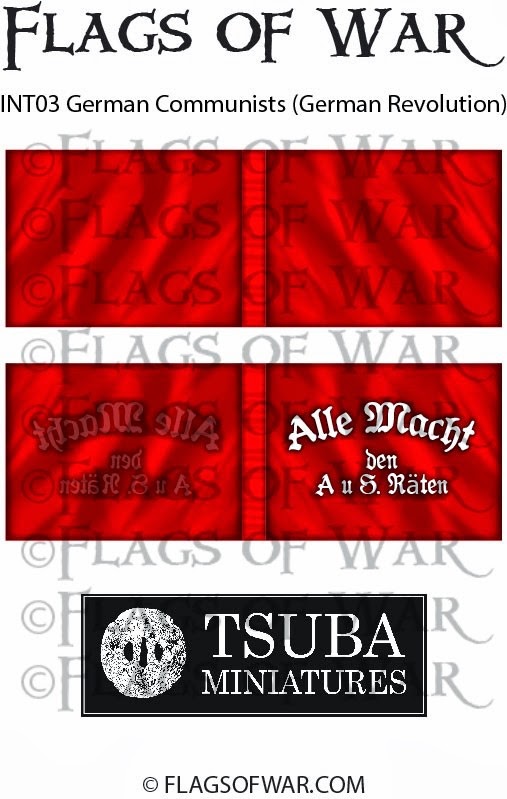 As you can see, each sheet gets you one plain red flag and another one with a written slogan. The first one (INT02) reads:

Alle Macht
den
A[rbeiter-] u[nd] S[oldaten-]Räten
which translates to:
All Might
to the
Workers' and Soldiers' Councils

These slogans are based on contemporary photos. I will post the respective photos over the next couple of days. Here's one of them in use on the Sailor carrying a standard: 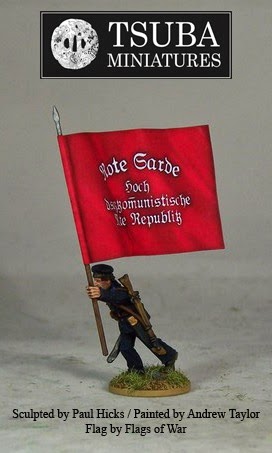 'Sale' on misprinted flag sheets:
Due to a misunderstanding the first print-run has some typing errors on the second flags on the respective sheets, while the plain red ones are perfectly usable. If you only want the plain red flag, just let me know. I can let these sheets go for just € 1.- per sheet instead of € 2.50.
PLEASE NOTE: If you order a regular sheet INT02 or INT03 you will receive a correct sheet of the second print-run without any typing error.