As the Russian Officers and NCOs set was our tenth relased set, it called for something to mark the occasion. So we are proud to announce the release of a set of Manchurian Bandits! (Manchuria remained a hot spot after the end of the RJW for the better part of the first half of the 20th century.) So while not strictly Russo-Japanese War related, these miniatures are at least geographically a good match. 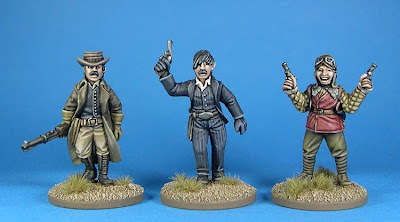 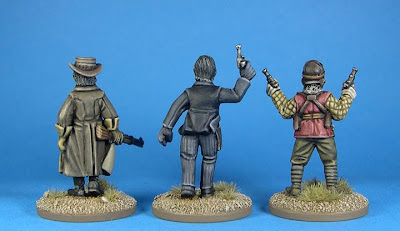 Please note, that the miniature on the left comes with both, the shown repeating rifle AND a double-barreled shotgun option.
As always, Paul Hicks did the sculpting, Griffin Moulds the moulding and casting and Simon Bradley finished them of nicely with an amazing paint job, everybody has come to expect from him.

This set is now availble for € 6.50 and includes the three miniatures (the one on the left with two weapon options). All miniatures are supplied unpainted and unassembled!

As promised here are the greens for the banner tops, which will be included with the standard-bearer sets. First up is the Japanese one. It is three-sided and shows the symbol of the royal family, a chrysanthemum blossom, on each side. 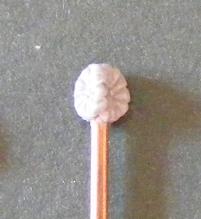 This will be included two times in the standard-bearer set as all the Japanese standards used this top. (I guess that's due to fact that the 'new' Imperial Japanese army had just been established in the decades before the Russo-Japanese War.)


The Russians on the other hand used a multitude of different standard tops. Therefore the Russian standard-bearer set will include two different variants (one of each), of what seems to be two of the most widely-used ones.

The first top, similar to the Japanese one, is in form of the symbol of the Romanow dynasty the double-headed eagle. 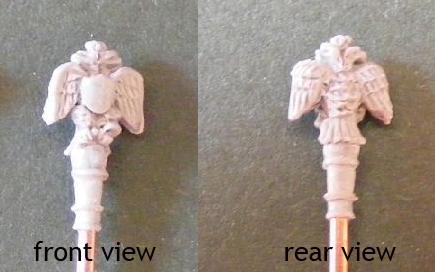 The second one is in form of a drop with a cross inside. This cross, looking somehow similar to the Prussian/German Iron Cross, is the Cross of St. Georg a Russian decoration for valor first established during the Napoleonic Wars. 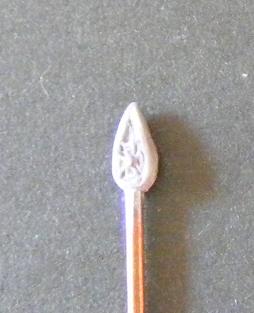