Iain of Flags of War has worked his magic again, this time on the Japanese Regimental flags: 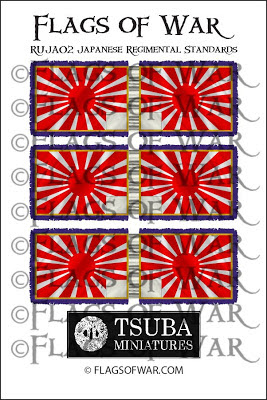 
The Japanese used the same pattern for all their regimental flags. (I guess this was an important issue for the identity of the Imperial Army as the army of an unified and modern Japan in contrast to the colourfull and diverse banners and symbols used by the Daimyōs and the Shōgun before the Meiji-Restauration).
The only difference was the regimental number written in Japanese kanjis in the field in the lower corner next to the flag pole.
I've discussed the issue with Iain and we have decided to leave these numbers off the flags, so you can add the number of the regiment you want to depict or just leave it as it is. (We are working on a list with all the numbers in kanjis for those regiments involved in the Russo-Japanese War.)


To my knowledge, this pattern remained virtually unchanged until the dissolving of the Imperial Japanese Army at the end of the Second World War. In addition, these flags were never repaired or renewed as they were granted to the regiment during it's founding ceremony by the Emperor and thus considered a divine/holy gift. A lot of photos from later periods show them rendered to nothing but the purple border. 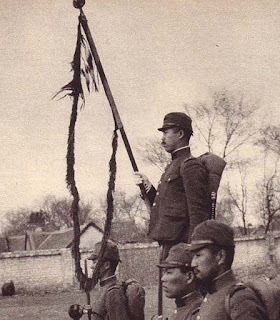 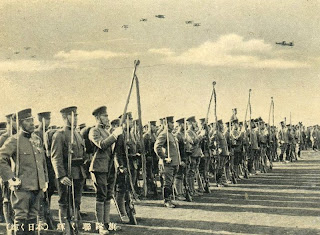 At the end of the Second World War nearly all the flags were ceremonially reduced to ashes to avoid capture by allied forces. 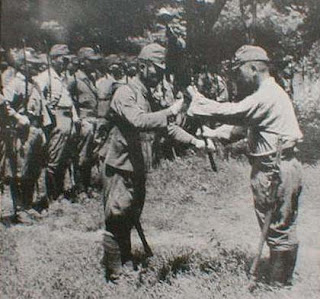 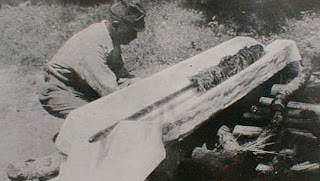 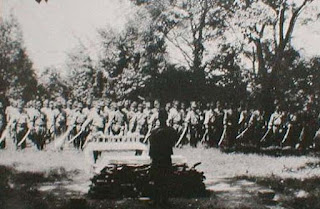 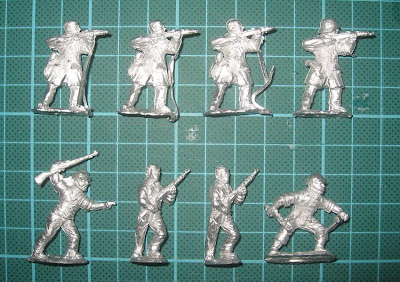 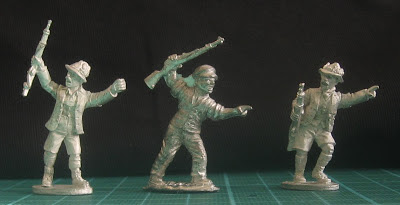 After some SAGA-/dark age diversion, Lt. Hazel has returned to Manchuria with some excellent Russian infantrymen: 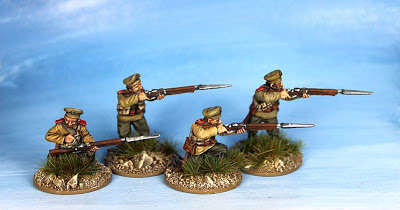 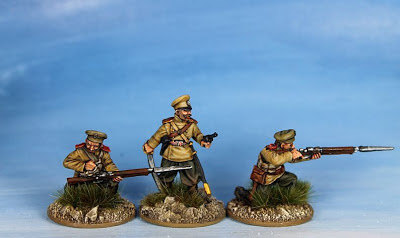 He has also posted a painting guide on the Lead Adventure Forum:

A list of colours/washes I´ve used.
I used (on the first pic from left to right) Vallejo Model Colour for the basecoat on the shirts:
Green Ochre 914 - Green Brown 879 - Desert Yellow 977 - Khaki 988.
I can´t rememeber it, but it´s possible that I mixed some khaki into the DY. For a wider variety of shades I´ll  mix this colours with each other.
Then I applied several layers of Army Painter Soft Tone (Gryphone Sepia) and Strong Tone (Devlan Mud) thinned with water. I used the Dark Tone in the folds to create depths. After everything was dry I highlighted with the base colour plus some Pale Sand 837. For the case that the highlight turns out to bright I tone it down with base colour plus a lot of water. Hope that helps,
Jan

Stephan/Regulator (the guy behind ProGloria Miniatures) has done a marvelous job painting some of our Russians. He's using them to depict the Kornilov Regiment, a famous resp. notorious white shock unit during the Russian Civil War.


If you are interested in the Landsknecht era and/or Paul Hicks' work in general, please have a look at Stephan's blog using the above-mentioned link!

But enogh talking, here are the pictures of Stephan's fantastic work: 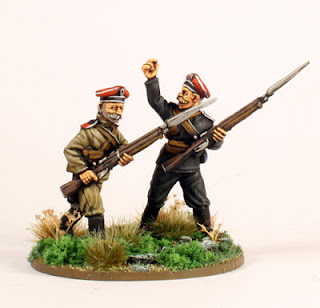 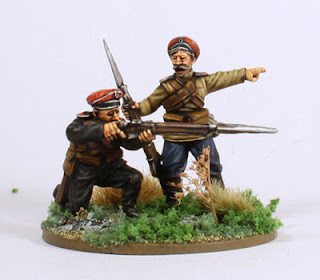 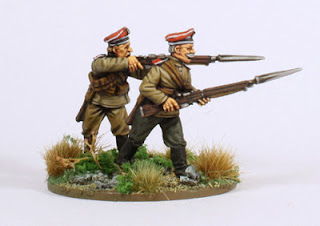 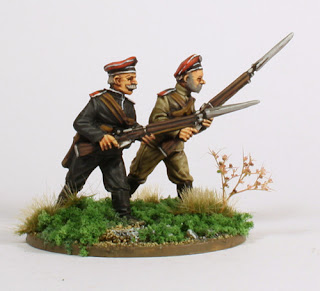 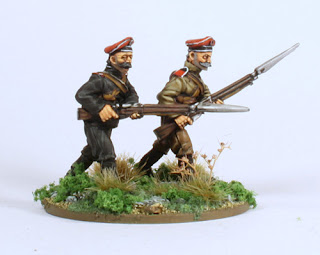 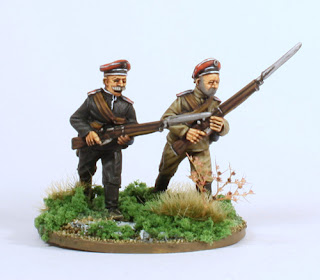 Björn, the author of the Triumph & Tragedy rules, has very kindly written two army lists for the Russo-Japanese War!

They have turned out very nice, but not only that, they are available FREE to download from the T&T homepage! (Link: http://www.triumph-tragedy.de/downloads/russo-jap.pdf)


If you haven't played T&T yet, you should really give the rules a try. They are not too hard to learn but very entertaining. The originial basic rules are intended to be used for games set in the first part of the 20th century right up to the second world war. They can be played in a strictly historical or in more pulp fashion by adding 'heroes' with special features and actions. (They aren't expensive either, you should get the basic rules for about 13.- to 15.- Euros.)

A colonial supplement is expanding the coverage to include various colonial conflicts in the later part of the 19th century and another one focuses on the Spanish Civil War, introducing rules for ground attack fighters (among others). There are also a couple of free army lists/supplements available besides the Russo-Japanese War ones, including one for the Freikorps era in Germany.

I've received a very nice review (although we are in no way associated) covering the Freikorps Werdenfels Miniatures by Nick/Moiterei.

He has posted the review in both English and German! You can find them here:
http://moitereisbuntewelt.blogspot.de/2012/11/freikorps-werdenfels-short-review.html (English)
http://www.gw-fanworld.net/content.php/646-Tsuba-Miniatures-Review-Fre (German) 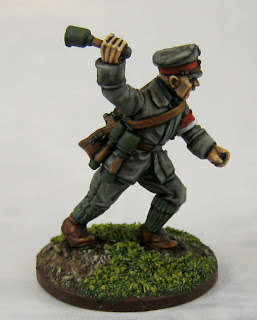 If you are wondering about the colours of the armband, Nick plans to use them for a fictiv 'Franconian War of Independence'. (As a born Franconian myself, I'm looking forward to see how the project will develop.)