We'll be away until April 6th, all messages received during this time will be answered asap after our return.

A Happy Easter to all of you and your families!
Eingestellt von Markus @ Tsuba Miniatures um 13:17 Keine Kommentare:

The castings of the latest three sets arrived some time ago, but I haven't found the time to put up a post due to other commitments. :-( Also, the bad weather prohibited better photos.

But anyway, here they are: 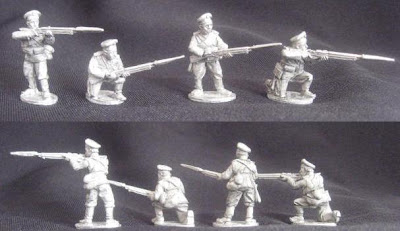 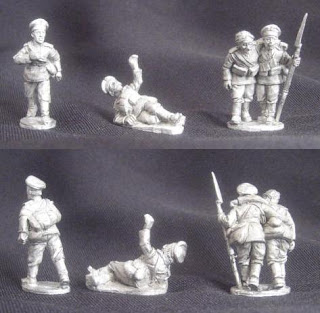 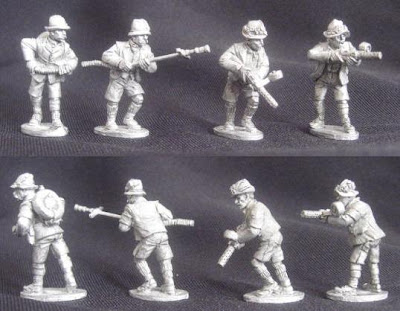 Since the release of the Freikorps Werdenfels command set some people have enquired about the possibility of getting the Dachshund on its own. So far this hasn't been possible because of the make-up of the mould. But with the moulds of the new sets, we used the opportunity to get some extra castings of the little one and he even brought a friend! (The second one, the one sitting and begging, is intended to be part of a future civilian set.) 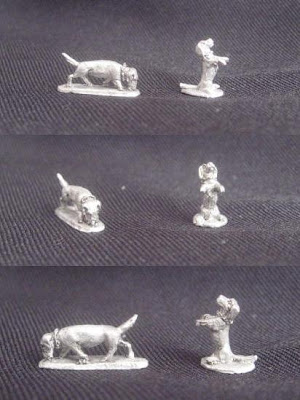 Both dogs sculpted by eBob and the set of two is available for € 1,50/set. Since they don't have a mould of their own, I can't guarantee to have them in stock all time. ;-)

Here's another photo of them alongside a 'regular' 28mm toy man to show how tiny they are: 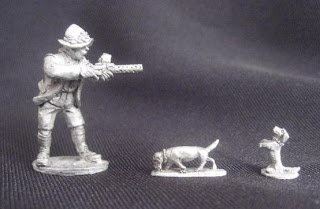 Another news, especially for those in the UK, is that Empress Miniatures is stocking our miniatures and also carrying them at all the shows the good folks at Empress attend: