... well it basically is official since last November as that's when I registered Tsuba Miniatures as a Kleingewerbe (small business) with the local autorities. But no company is official as long as it hasn't got it's own logo! (At least to me. ;-))

The Tsuba Miniatures logo was done by a young artist named William Kirby, who is also known as Chamonkee. You may have come across his work in Irregular Magazine, that's what I did, especially his 'Tuk Tuk' story and drawings are awesome. You can see more of his work at his web journal or even get a printed copy of 'Tuk Tuk' at his web store.

But back to the logo. Here's the centrepiece, an ornated Tsuba (Japanese sword guard). It's a stylised version Will did after a crude sketch of yours truly not based on any specific historical piece. 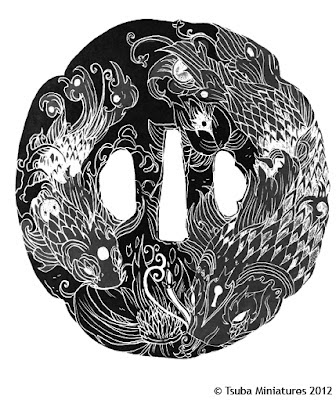 Will also did two versions of a possible final logo using this Tsuba, one again based on a sketch of mine and the other one is purely his idea. After having seen them both I'm a little bit torn, which one to use, tbh. 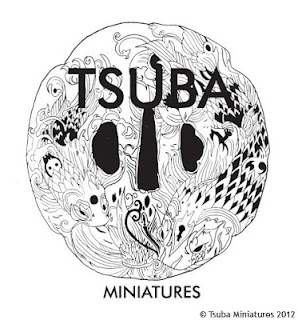 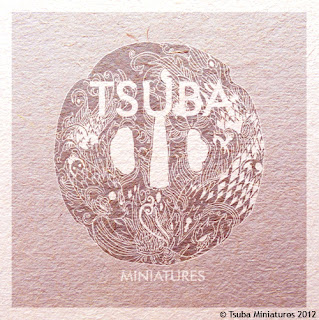 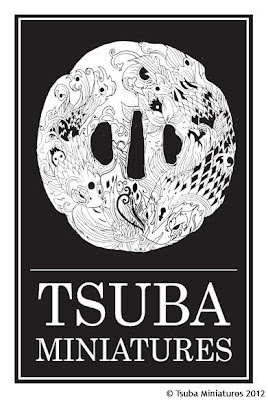 Miniature-wise, I got a message from Stewart Griffin, stating that the castings of the Russian Command set should be despatch early next week, if everything goes well. So I hope to receive them soon and be able to show you some photos here.

Both HMGs should also be done by now (the guns themselve) and Paul has already scheduled the sculpting of the crews for mid/late July.
Eingestellt von Markus @ Tsuba Miniatures um 06:18 4 Kommentare:

Even more interesting, I assume, for most people are the comparions with Marc Copplestone's 'Back of Beyond'-Russians. (The Copplestone Castings' Russians are from the 'BU41 Russian Partisans' set, if I'm not mistaken.) 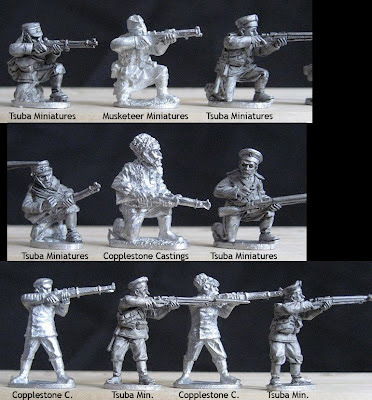