This is to let you know, that we will be moving next week! 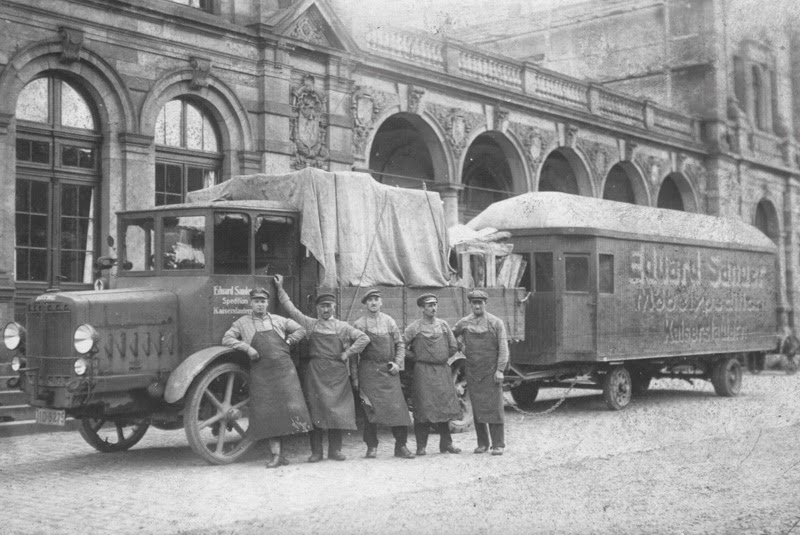 All orders received so far will be processed as usual resp. most are already on their way. As we don't know exactly, when we will have a proper internet connection and the stock of miniatures at our new place, we can't take on any new orders until further notice.

We will back to normal with regular service in early January 2015 at the latest. Hopefully with new miniatures not much later.

First WIPs of the Japanese cavalry

Here are the first WIP shots hot from Paul Hicks' sculpting table. These are the four sets of troopers (two sets each mounted and dismounted) of the forthcoming Japanese cavalry. 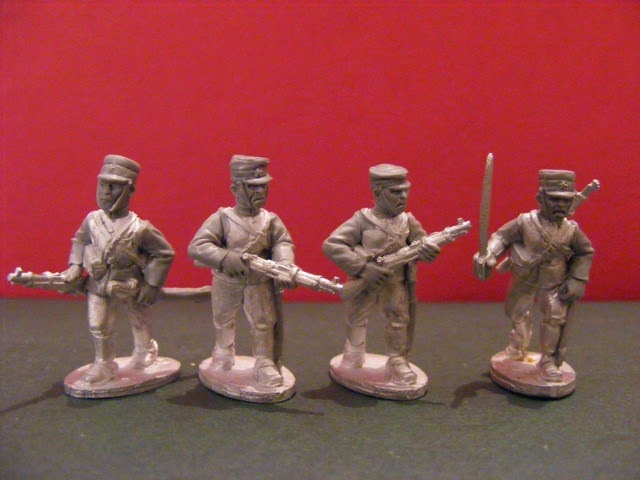 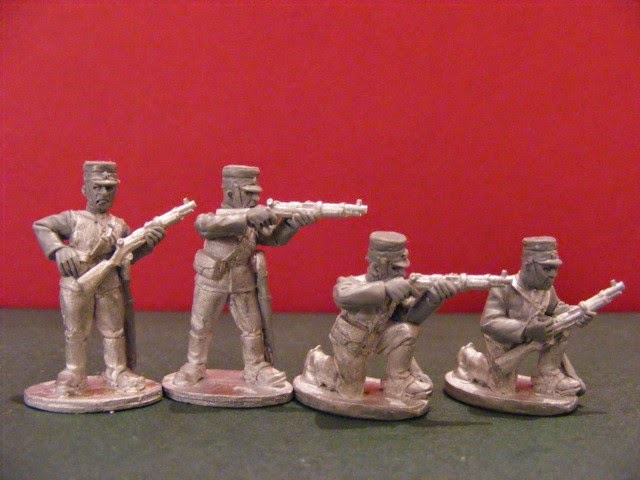 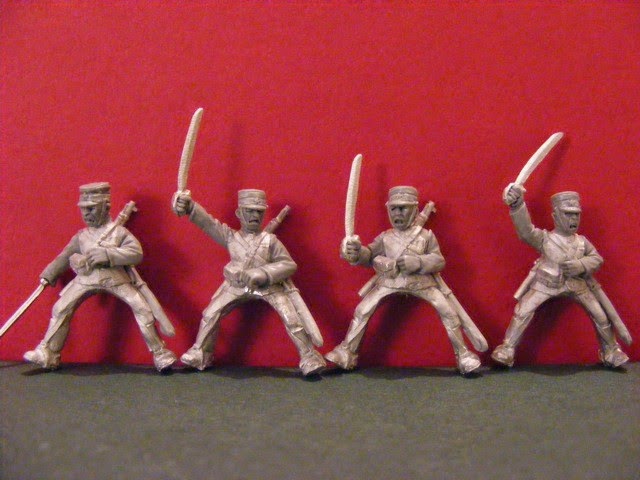 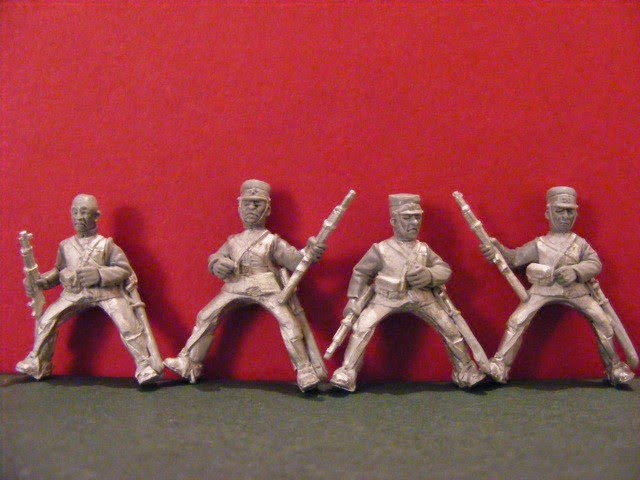 Speaking of plastic sets... the fine chaps of Pro Gloria Miniatures are currently running a crowdfunding campaign on Indiegogo to fund a box full of plastic Landsknechte!

The basic box containing 24 miniatures (plus a lot of extra parts, weapons, heads, etc.) is available for only € 24.- incl. worldwide shipping. 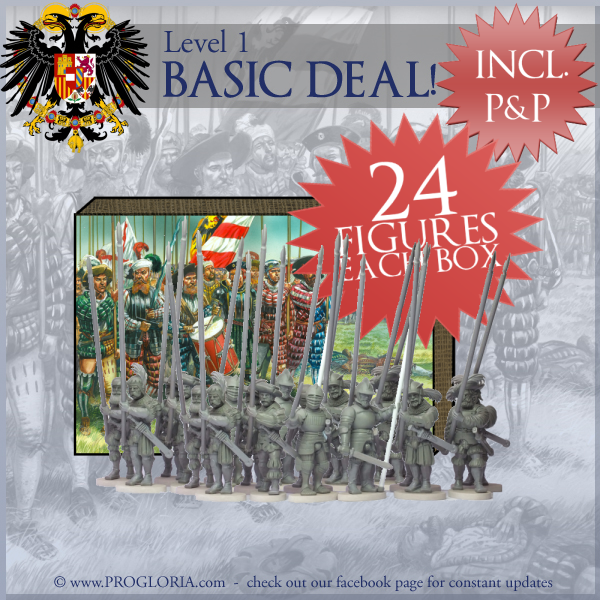 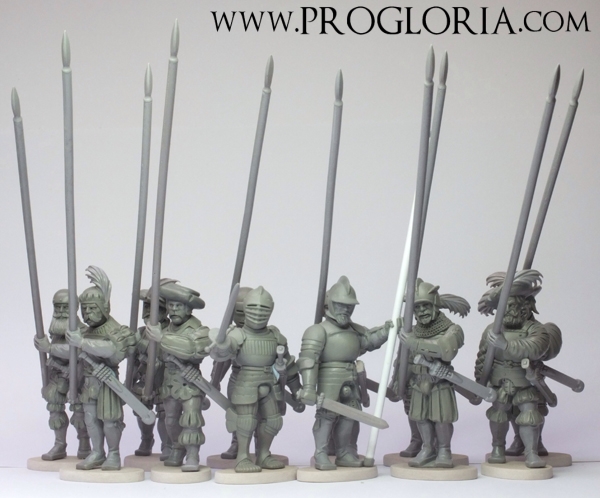 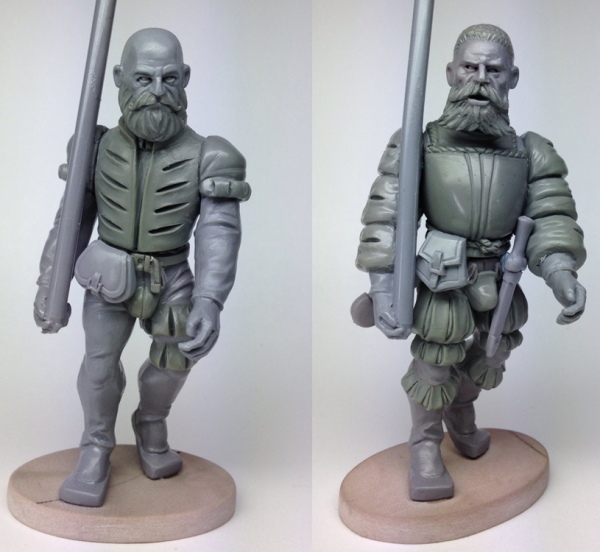 If you are interested in 16th century wargaming or looking for pretty nice miniatures for a Warhammer Empire Arm, please make sure to check out the campaign! (All the details and a lot more pictures can be found using the link below.)

While we are eagerly waiting for the new greens for the Russo-Japanese War from Paul Hicks, here is a small sneak peek as an appetiser for a completely new project: a plastic set of 28mm/1:56 German Infantry for the Great War/World War 1, the early period of the war to be precisely.

The work 'behind the scene' has been going on for some time now. Stephen May is responsible for the sculpting of the 3-Ups with the exception of the Mauser G98 rifle, which was digitally sculpted by Will Jayne.

Stephen is well known for being the guy behind Immortal Miniatures and also doing all the sculpting work for the miniatures released under the Immortal Miniatures label, including several plastic sets of ancient Greek Hoplites. Some time ago Stephen decided, that it was time to embark on new projects and the former Immortal Miniatures sets are now sold by Warlord Games as part of their Hail Caesar range.

Stephen and Will are currently running Spectre Miniatures, doing a range of 28mm miniatures for modern day combat in Africa.


But back to the miniatures:

The goal we are aiming for with this set is to have the plastic miniatures matching Paul Hicks' work. So they will work (size-wise) both with our ranges for the Russo-Japanese War and the Freikorps era and also with Paul's own range of miniatures for the great war he is releasing under his label Mutton Chop Miniatures.

If everything works out as planned, we can use the basic frame for various units of the Imperial German Army by adding new sets of arms (with different lapels and/or the older Gewehr 88), sets of heads with other headgear (like the shako of the Jäger units) und suitable ammo pouches.
Maybe even some futuristic rifles and heads/helmets, so the miniatures could be used for SciFi games as well, who knows. ;-) 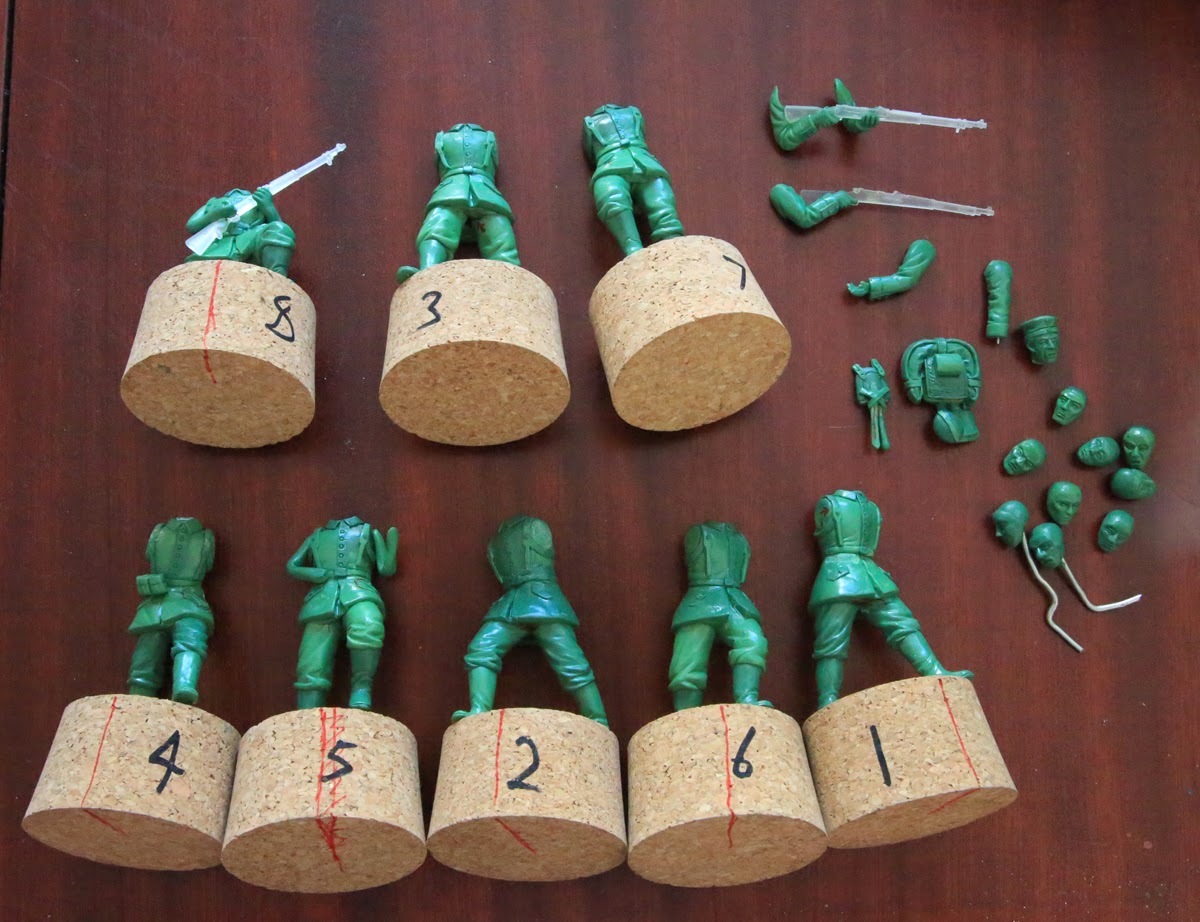 WIP-overview of all bodies and various parts. 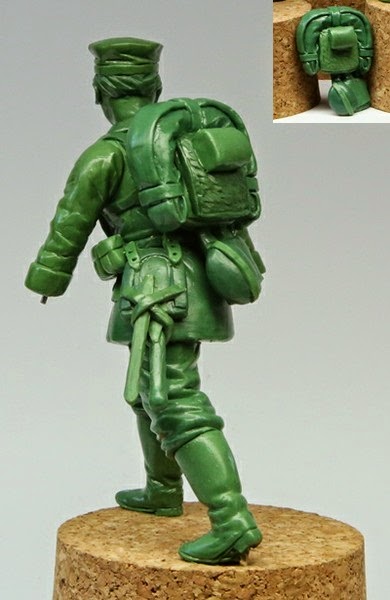 WIP-mock-up of a marching miniature. 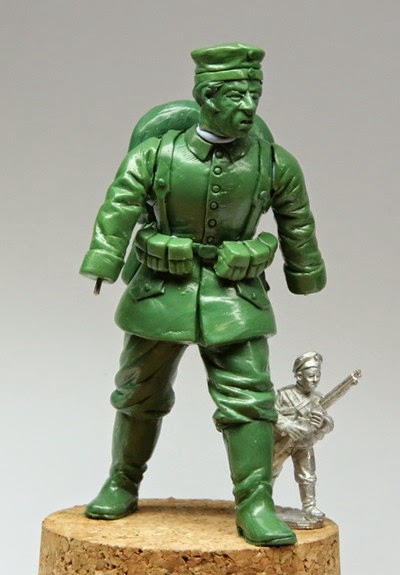 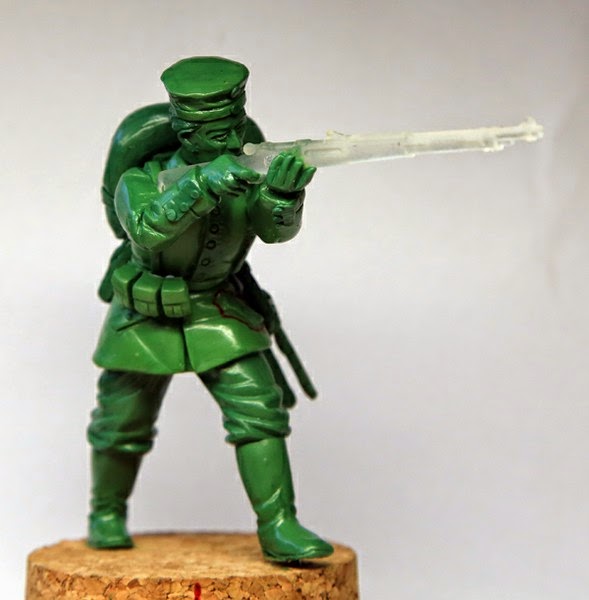 WIP-mock-up of a firing miniature (the recessed grip on the rifle has been filled in the meantime as it was only a feature of a later variant of the G98 not available at the outbreak of the Great War).


Please note:There's NO release date as of yet, especially as plastic production is a whole new field of activity for us. We have already been in contact with Renedra Ltd., though, who are doing the tooling and handling the production for many other miniature companies like Perry Miniatures.
Eingestellt von Markus @ Tsuba Miniatures um 08:47 11 Kommentare: