A couple of days ago I received an enquiry about the colours Simon used to paint the uniforms of our display models. I thought I'd best share it here so anybody interested can benefit from it.

The different shades of khaki on some trousers, blouses and caps represent pieces from different origins, delivery batches and also some, that haven been in use longer than others and therefore faded under the Manchurian sun.
The differences may seem a little bit extreme but I've actually seen worse fading and colour variations during my own mandatory military service in 2002/03.
Eingestellt von Markus @ Tsuba Miniatures um 11:48 5 Kommentare:

First of all, Happy New Year to everyone!

My year started really well as I received a mail from Paul with photos of new greens for the RJW-Line this morning.

First up are the photos for the next Japanese set RJ-J04 Japanese Troopers, advancing: 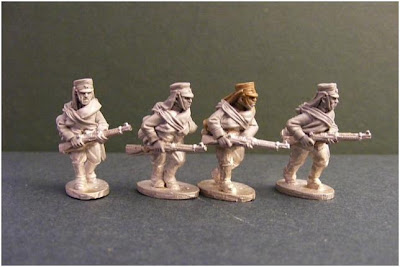 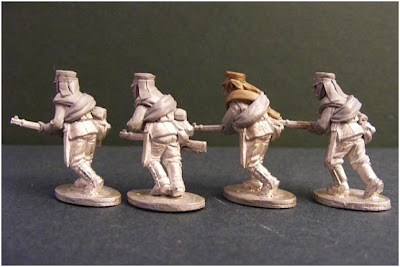 These miniatures are meant to depict soldiers on patrol rather than during an assault as their charging comrades do. Therefore they don't have their bayonets fixed and they carry an extra piece of equipment a so called  gassai-bukuro (the thing, that looks like a second bedroll or a rolled greatcoat), by western observers refered to as a 'cloth holdall'.

The gassai-bukuro is a sack made of cloth about 8.5 to 9" resp. 0.22 to 0.22 m wide and  6 to 6.5' resp. 1.83 to 1.93 m long. Both ends are open and it is sewn across  in the middle (where it rests on the soldier's soulder) to form two compartments. It was basically used as a replacement for the bulky knapsack in the field, especially when on patrol duties and such.

Here are the next four dollies for future Japanese miniatures: 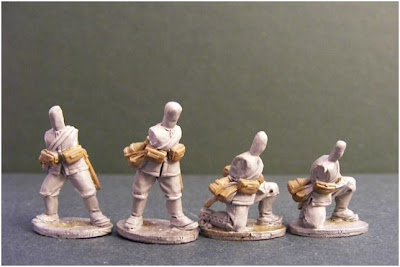 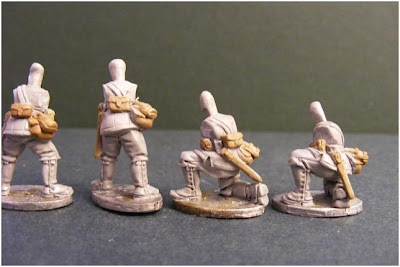 And, due to popular request, the first eight Russian dollies: 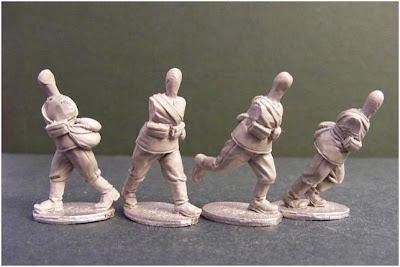 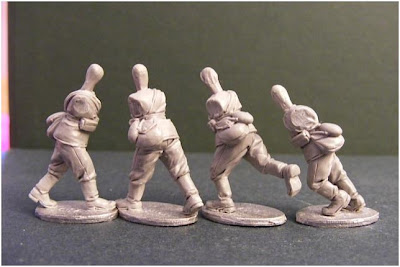 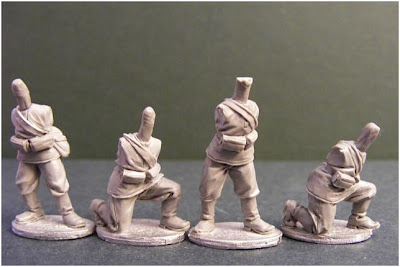 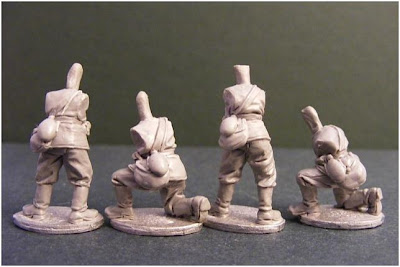