Please note that we will be on holiday from today until August 15th. Unfortunately no messages and orders will be answered resp. processed during this time.

I've received the following photo from the very talented Jan Groß better know as Lt. Hazel on the Lead Adventure Forum (among others): 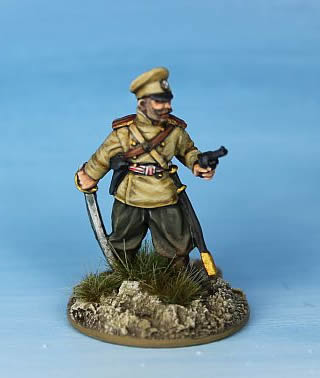 A gorgeous piece of miniature painting!

If you haven't already done so, please visit Jan's Blog to see more of his exceptional work:
http://www.theleutnantsdiary.blogspot.de/

Ian Crouch (Crouchie), of Chieftain Models and BEF Miniatures fame, has very kindly offered to built the artillery pieces for Tsuba Miniatures. These will be the Type 31 Arisaka field gun for the Japanese and the M1902 Putilov for the Russians.

Here's a sneak peek of the Putilov: 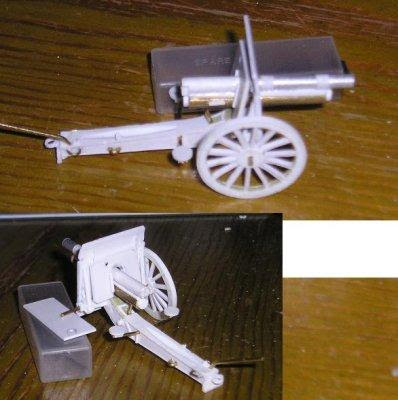 A wonderfull job as you'll surely agree. If everything goes according to plan, the artillery pieces will be released later this year along with their respective crews.
Eingestellt von Markus @ Tsuba Miniatures um 11:49 1 Kommentar:

Here they are (I received the castings this week from Griffin Moulds):

They are equiped and posed to fit right in with the available Russian troopers:

Together with RJ-R02 Russian Troopers advancing I.

Together with RJ-R03 Russian Troopers firing I.

You may have seen them in a forum already and here they are (also from the back), the first two Russian sets painted by Simon Bradley:

These are painted as 34th Infantry Regiment "Sevskiy" (the advancing miniatures) and as 36th Infantery Regiment "Orlovskiy" (the firing ones), both part of the 9th Infantery Division taking part in the battle of Liaoyang (August 24th to September 3rd, 1904), among others.

Sadly, the painted regimental number on the shoulder pieces are very hard to see on the photos.

The Russian infantry division consisted of four infantry regiments organised in two brigades and used a system of coloured cap bands and shoulder pieces to determine seniority within the division and belonging to brigade.

Seniority of the regiment within the division indicated by the colour of the cap band:
1st red
2nd blue
3rd white
4th dark green

Purely by chance I stumble across the following photo while looking for examples of the style of numerals used on the shoulder pieces ( it has been taken from a Russian book, according to the forum it was posted in):

It shows exactly the colour combinations for the 9th Division I had picked for Simon as painting reference! (Please note the gold on the shoulder pieces indicates that these are officers' pieces, afaik.)

The exact colours of the shirts and cap covers were, more or less, chosen by random. Original these were white but this proofed very dangerous in combat against the Japanese as they were very good shots. So the Russian soldiers were ordered to dye them khaki with whatever means they had at hand or the local shops or laundries could provide. Some books mention that General Kuropatkin even ordered those of his men, that had no possibility to dye their clothes to just stop washing them!
The so achieved colours ranged from a light yellowish khaki tone to a pretty dark green a US Army observer at the scene decribe as a colour very similar to the olive drab used by the US Army with a green hint.
Eingestellt von Markus @ Tsuba Miniatures um 12:50 Keine Kommentare: