As every army needs an opponent, here are the preview photos of the first two Russian sets: 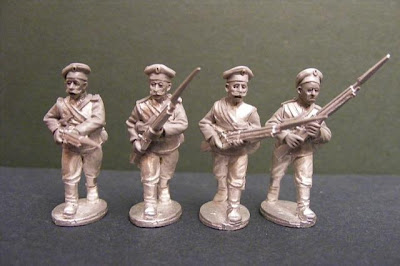 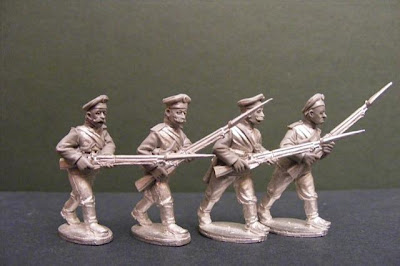 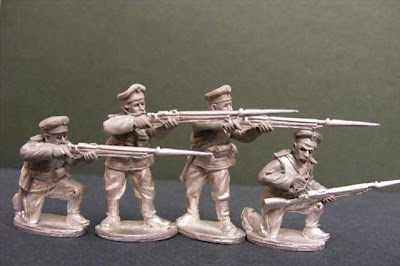 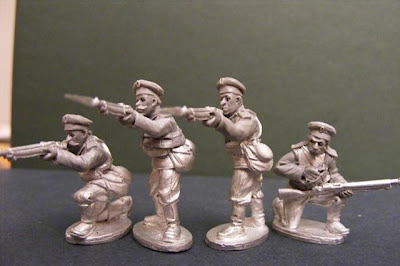 As you can see, these are rather well equiped soldiers. In contrast to the Japanese the Russians used to have their bayonets fixed permanently to the rifles, therefore they also didn't carry scabbards.

Although I've been struggling at first to do the Russians at all, I'm very pleased with how these have turned out and my compliments to Paul for his great work! (I hope this doesn't sound snotty. ;-))

As to the question what will be next, well, if everything goes as planned we'll see a HMG with crew for both the Japanese and the Russians and also a command set to go along the Russian troopers later this year. (Maybe even more variants of the Russian troopers, but that's not definite, yet.)
Eingestellt von Markus @ Tsuba Miniatures um 05:19 6 Kommentare:

Happy Eastern to everybody!

In addition to the last trooper greens, there are also some more command miniatures for the Japanese in the pipeline: 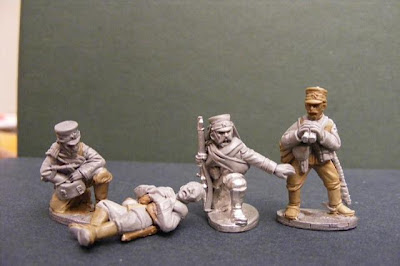 Here we have (from left to right): medical orderly attending wounded, wounded trooper, senior NCO (the arm looks a little bit long/odd due to the photo angle) and a junior officer (who got a little 'face lift' after the photo was taken, so he doesn't look like a twin of the first officer).

There have been some enquiries for officers and NCOs without the medic and casualty miniatures from the set RJ-J01, so we have decided to ask Griffin Moulds to rearrange the production moulds. This means that the original set RJ-J01 Japanese Command, charging will be retired and replaced by two new sets, one Officers and NCOs will contain the officer and NCO from RJ-J01 and the two new versions shown in the photo above, and one set Medics and Casualties will accordingly contain the new and 'old' medical orderlies and the two wounded/casualty miniatures.

Those of you who have already bought the original  RJ-J01 Japanese Command, charging set will, of course, be able to get only the new miniatures, i.e. the four shown on the above photo for the regular set price of € 7.50 for four miniatures. Please note, that this is limited to those who have already purchased set RJ-J01 only.

Paul has been really busy lately as one can see from all his works that have been released recently from various companies including his own, Mutton Chop.

Among his latest works are also two sets of Japanese troopers in firing/loading pose for Tsuba Miniatures! One set is made up of soldiers carrying bedrolls and gassai-bukuros to fit in with the advancing troopers (set RJ-J04) while their comrades in the second set are lighter equipped without these pieces of kit for greater variety.

So, it's up to you to either mix and match or use your prefered version. 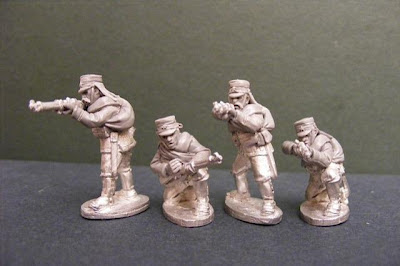 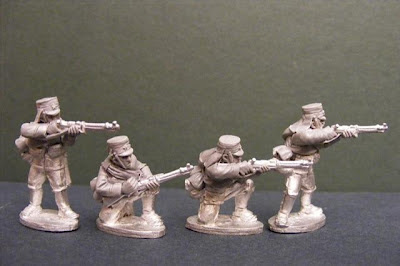 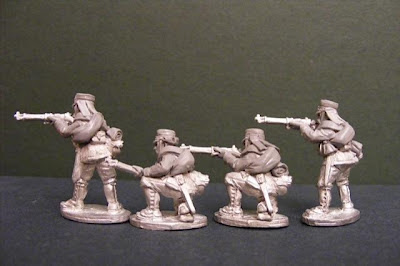 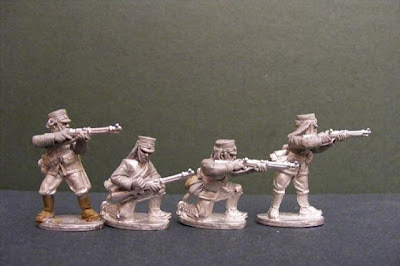 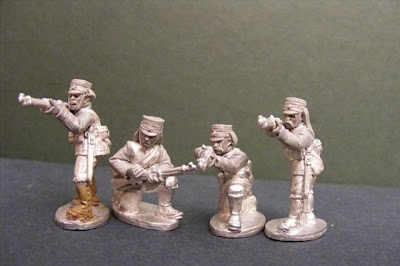 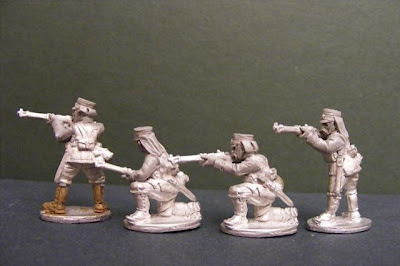